Lighting up the SwitchBot Ecosystem – goodgame

The SwitchBot Color Bulb is an IoT device and I am not sure if it truly needs an introduction nowadays, so simply know that it replaces the traditional bulbs. Not aesthetically since the smart bulbs have kept the same design, but in regards to the technologies involved to make them far more efficient.

Indeed, if you remember the old days (not more than a decade ago) when the light bulbs would casually consume 60, 75 or even 100W, well, with the emergence of LED technology, the light bulbs got incredibly more power efficient. And that’s without sacrificing the amount of brightness. So, a 10W LED bulb can very well replace a 100W incandescent which would waste so much energy in the form of heat.

The manufacturers also came up with the idea of adding a WiFi chip + antenna and a small PCB to include some smart features as well. That’s the main idea behind the smart light bulb, but are they all the same, and what makes the SwitchBot Color Bulb so special? 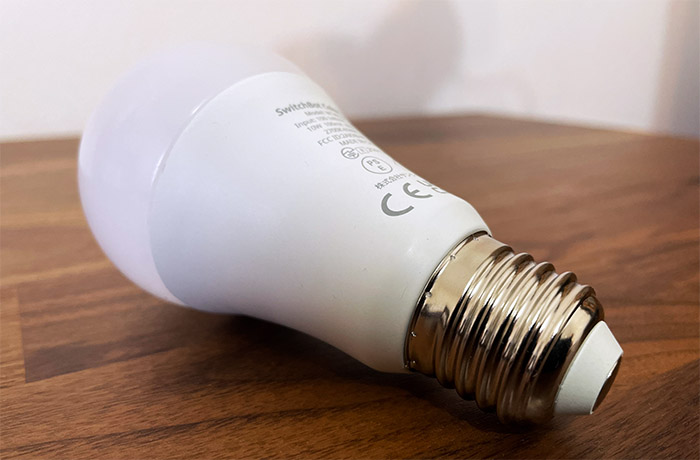 The main aspect is obviously the ecosystem since, if you want to use more SwitchBot devices and wish to pair them to the app and the hub, then a few SwitchBot Color bulbs definitely make a lot of sense (they’re priced competitively). And there’s also the performance aspect where the manufacturer advertises an accurate color representation and a phenomenal brightness level, so, let’s put the smart bulb to the test and see how it performs.

Design-wise, the SwitchBot Color Bulb looks very similar to the incandescent light bulbs, sporting an E26/E27 base which is followed by a large plastic section that almost goes all the way up, but gets interrupted by the light diffuser portion at the top.

Some manufacturers decided to use a ceramic base (iLintek) which feels nicer, but it’s also going to be more expensive, so to keep the cost lower, SwitchBot went with plastic. It doesn’t really affect the functionality, but it may have a say in the longevity of the light bulb (plastic tends to go brittle after some time). Other than that, there’s isn’t much to say about the SwitchBot Color Bulb, it measures 4.5 x 2.3 x 2.3 inches (or 11.6 x 6.0 x 6.0 cm) and weighs 3.28 oz (93 grams), so let’s connect it to a lamp and pair it to the app.

It’s as easy as you’d imagine. Rotate the bulb into the socket and then download the SwitchBot app to your mobile device. Afterwards, create a new account (it really wants your location) or log into an existing one (as I did since I already tested the SwitchBot Smart Curtains and the SwitchBot Pan/Tilt Cam) and simply tap on the + sign.

Then, you need to select the SwitchBot Color Bulb from the list and make sure to follow their guidelines. Apparently, you should avoid metallic lamp shades (which I did end up using) and you should also not operate the already installed (wall) light switch to not mess with the connection. Press Next and turn the light on.

Now here is where things are a lot better than with most of its competitors because it does not require any other shenanigans, such as turning the light on and off 10 times.

No, just enter the WiFi credentials and the light bulb will be revealed by the app via Bluetooth. I still couldn’t select a room (I don’t know why the developers don’t fix this issue with the app). I do need to mention that you can’t use a VPN to pair the light bulb which is incredibly annoying.

If you tap on the newly added light bulb, an entire dedicated section will pop up where you can see four main sections at the top and the first is called White. You can adjust the Brightness, set a Favorite tone or simply select the Color Temperature. The second section is called Color and here you get to choose between lots and lots of colors, categorized by nuances and tones.

The third section is Dynamic where you can either choose between the three default presets or you can create your own. Be aware that some scenes transition between colors very quickly so people that are sensitive should take the necessary precautions. The last section is called Music and it uses the microphone to change the color depending on the sound frequency changes (you can add more than the default three colors – RGB).

At the bottom of the page, you can see three icons, in the middle, there’s the Power On/Off switch, while on the left there’s the Delay and on the right, there’s the Schedule. The role of the Delay is to essentially set a timer for when the light will turn on or off. And you can also choose if it will go to 100% (or 0%) brightness in an instant or if it will take a few seconds (that cool dimming effect).

The Schedule allows you to set a time during the day when the SwitchBot Color Bulb will turn on or off, if the action will be repeated and the feed rate (dimming effect). On the top right corner, there’s a cogwheel icon which, when pressed, it will take you to the Settings section of the smart light bulb.

Here, it’s possible to change the WiFi settings, create a group of multiple SwitchBot Color Bulb devices (so you can set schedules for all the lights in a specific room or area) and I found interesting the Power Loss Recovery. You can choose the state that the light bulb will assume after a power outage. It’s also worth noting the power Usage section which shows you how much the SwitchBot Color Bulb has consumed and the predicted saving when compared to a standard 60W bulb.

The SwitchBot Color Bulb can definitely get bright, very similarly to a 60W incandescent bulb and the advertised 2700K to 6500K color temperature range seems to be fairly accurate. In terms of luminosity, the light bulb is rated at 800 lumens which is the equivalent of the aforementioned 60W and it does get very close to that level, so it’s suitable for a smaller room.

Of course, a larger room will require two or more light bulbs to be covered properly during the night. Not much else can be said, the app allows you to set the brightness as low as you want, the color temperature to your liking and I noticed that the colors have a decent contrast.

For example, I wanted to check the yellow color and, at first, it seemed way too washed out, but, after checking the app, I noticed that I could adjust the intensity of the color as well. This way, it was possible to get a more accurate color representation.

The idea behind the SwitchBot Color Bulb is to seamlessly inter-connect with the other smart devices from the SwitchBot ecosystem. And it does work since you can create IFTTT scenes, such as turning the lights on when the SwitchBot Pan/Tilt Cam detects movement inside the room.

Obviously, you can also make use of its features as a smart device (play with the colors and dynamic scenes) and there’s also support for Alexa, Google Home, Siri Shortcuts, SmartThings and Clova. Furthermore, it’s not very expensive and it does perform well in terms of brightness and color reproduction, so, if you want to add a few smart bulbs in your home and either want to or are already using the SwitchBot ecosystem, then definitely check out the Color Bulb. 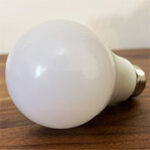