Reolink has recently announced that it is launching a sub-brand called Keen which will focus towards developing cellular trail cameras suitable primarily for wildlife monitoring. And this is very important in reservations, parks and animal sanctuaries since animals won’t get spooked or disturbed by human presence.

But the people can still observe the animal behavior for creating patterns for hunters or to simply check on the number of animals in the vicinity (as well as the variety). The people that grow livestock could also make use of trail cameras to check on the animals.

The Keen sub-brand appeared after Reolink realized that a lot of people were using the Go Series cameras (such as the Reolink Go PT Plus or the Argus PT 2K) as trail cameras. So, the manufacturer decided to focus more on this specific niche and the first camera under the Keen brand will be released very soon.

The idea is to maintain the 4G cellular connectivity and the battery capacity (hopefully increase it), while also making the IR LEDs unnoticeable and the exterior will use a camouflage design. The pan and tilt control from the distance remains very important, allowing the users to get a 360 degrees view of the environment and I also saw that the manufacturer has advertised that there will be a 4-megapixel lens being able to film at the Super HD resolution (apparently, it’s 2K).

I have tested a few Reolink cameras over the years, the latest being the Argus PT 2K which also uses a 4MP sensor (2K resolution), while also relying on batteries and WiFi for connection. So, I assume that there will be a lot of similarities between the new Keen camera (the Keen Ranger PT) and this model (with the exception of the 4G LTE connectivity). And that’s promising considering that the Argus PT 2K performed really well in my tests. 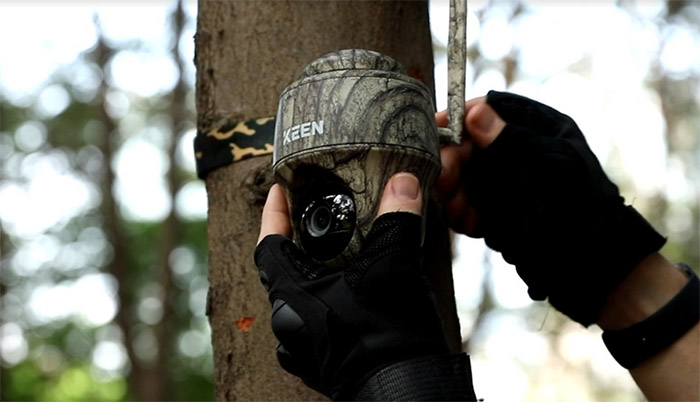 Additionally, I saw that you should be able to use a solar panel to keep the battery level steady, so you don’t need to come and recharge it after some time. At the same time, the trees may pose a problem for a solar panel, so I expect a long cable to allow the installation at a higher altitude. Also, I am curious to see how well they refined the smart motion detection for animals only this time, as well as if they managed to keep the false triggers to a minimum (in a forest, there is lots of branch and leaves movement due to wind).

That being said, if you want to learn more about Keen and the new Ranger PT camera, check their official website. And, the customers will also get a chance to win $1,000 and more by referring Keen to their family members and friends – you can check their campaign here.